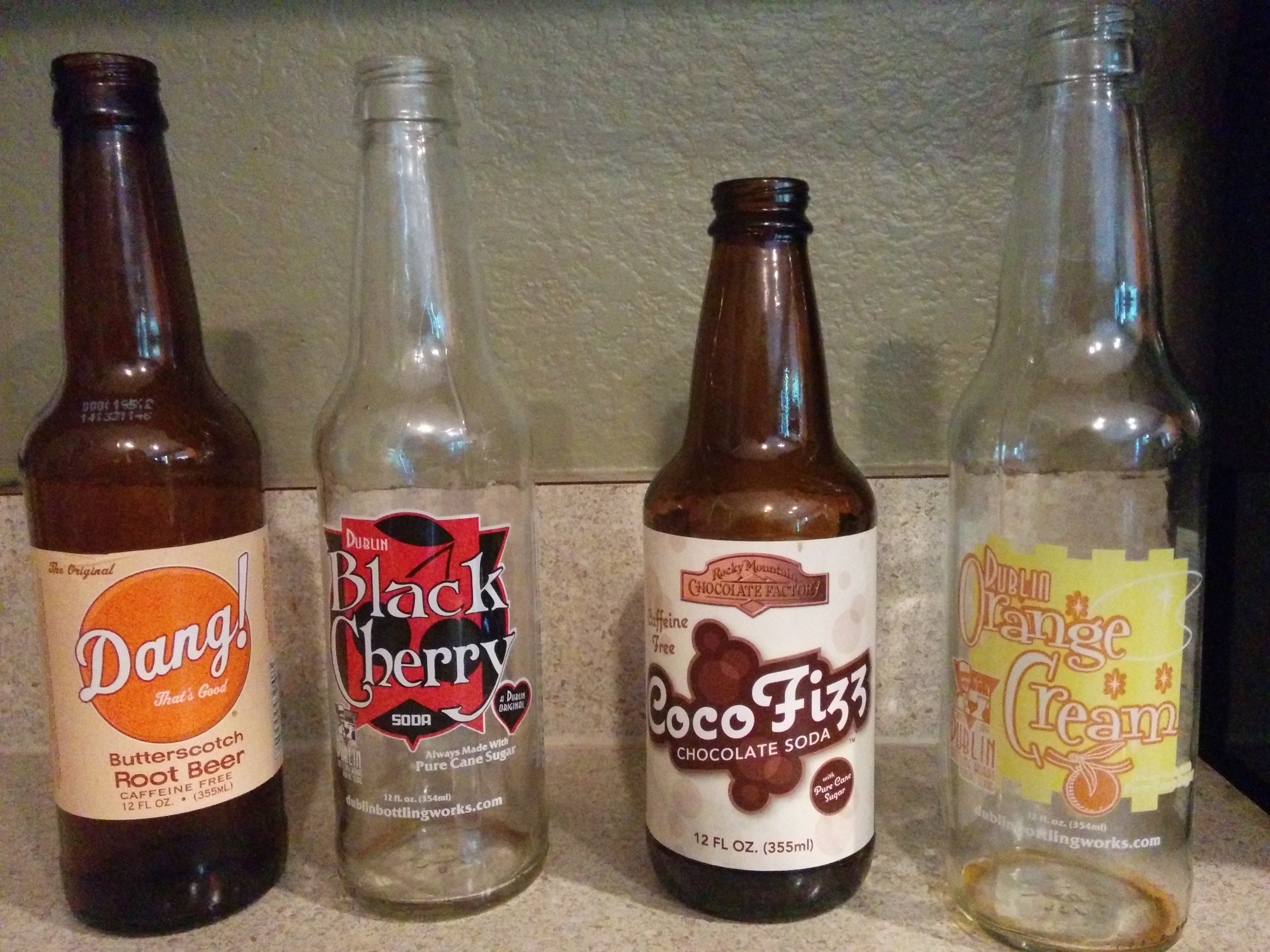 I think this shall, henceforth, be known as Soda Sunday. I started this trend and explained my new obsession last week. So without further adieu, here are 4 new soda reviews.

Upon opening the bottle, I didn't detect much other than that classic, spicy root beer flavor. It smelled good, but not anything particularly special. But then I tasted it.

At first, you just get a really great rootbeer flavor, but on the back of that, subtle as can be, you get that creamy, caramel butterscotch flavor. It's subtle, which is good because a full-on Worther's Original soda might be a little too heavy. The drink is perhaps a little too sweet, though, but overall a great, novel flavor. I'm looking forward to trying their regular rootbeer and other Dang! That's good flavors.

Well, this is the first soda in my new soda adventure I really thought wasn't very good. I mean, it's got real sugar, and there's a clear cherry taste that doesn't have those chemical aftertastes that many fruit sodas have. So in that sense, it's good, but I don't know. Compared to the others I've had, the flavors of this one were just weak.

The cherry was very muted, and it really just tasted more just syrupy sweet than anything else. I also felt like it was overly carbonated, and the tiny fine bubbles didn't do much to enhance the flavor. For my money, I think there's better cherry-flavored sodas to be had.

I have to admit, I was pretty excited when I saw this one. Chocolate soda? THAT SOUNDS AMAZING! So after a hard day at work, I felt like I deserved a little bit of that chocolaty goodness and decided to give it a shot.

This drink is super carbonated. The cap came off with some force, and there were noticeable bubbles coming up just from opening it. Immediately, I smelled the chocolate. It was sweet and rich, and I couldn't believe this smell was coming off of a soda and not melted chocolate.

I poured it in a glass because unlike most of the other sodas I've been trying, this one was in a brown bottle, so I wanted to see the color of the soda. This was something of a mistake. It was a kind of vegetable-oil yellow, only thinner and with the carbonation bubbles in it. Not to be put off because it smelled amazing, I gave it a sip. And, well, I was disappointed.

While the chocolate parts of the flavor are pretty spot-on, it also came with a little bit of a sour, bitter note. I think this largely has to do with the carbonation. It tasted a little like chocolate and the slightly acidic taste of club soda. It really took away from the chocolate, leaving this weird aftertaste that I just couldn't quite get over. Texture difference aside, which I came to terms with pretty quickly, this soda just misses the mark if you're looking for something that might sate that chocolate craving.

Heading back to that good ole Texas company, Dublin Bottling Works, I decided to expand my new-found cream soda obsession and give the Dublin Orange Cream a shot.

As you might expect, upon opening the bottle, you're met with that delicious, nostalgic dreamsicle smell. That orange and vanilla deliciousness from the halcyon days of youth. I haven't had a dreamsicle in years, but as soon as I smelled this soda, I was instantly transported back to flagging down the ice cream truck that was really just a van, and maybe I shouldn't have been near it without adult supervision. But that aside, I couldn't wait to give it a try.

The taste, if you can believe it, was better than the smell. The orange was bright and flavorful, devoid of the typical orange-chemically taste of most orange sodas. And the vanilla was subtle, but well-balanced against the acid of the orange. It was sweetened just right, and it also had that almost creamy quality that the Dr. Brown's Cream Soda had. I don't know how they do it, but Dublin's Orange Cream is a must-try for any soda lover.

Well, that's all we've got for this week. Stay tuned next week to see what else we've got in store. Please keep your suggestions coming, and if you've got access to some soda you'd like to see me review, get in touch! My twitter and Ello are in the footer.